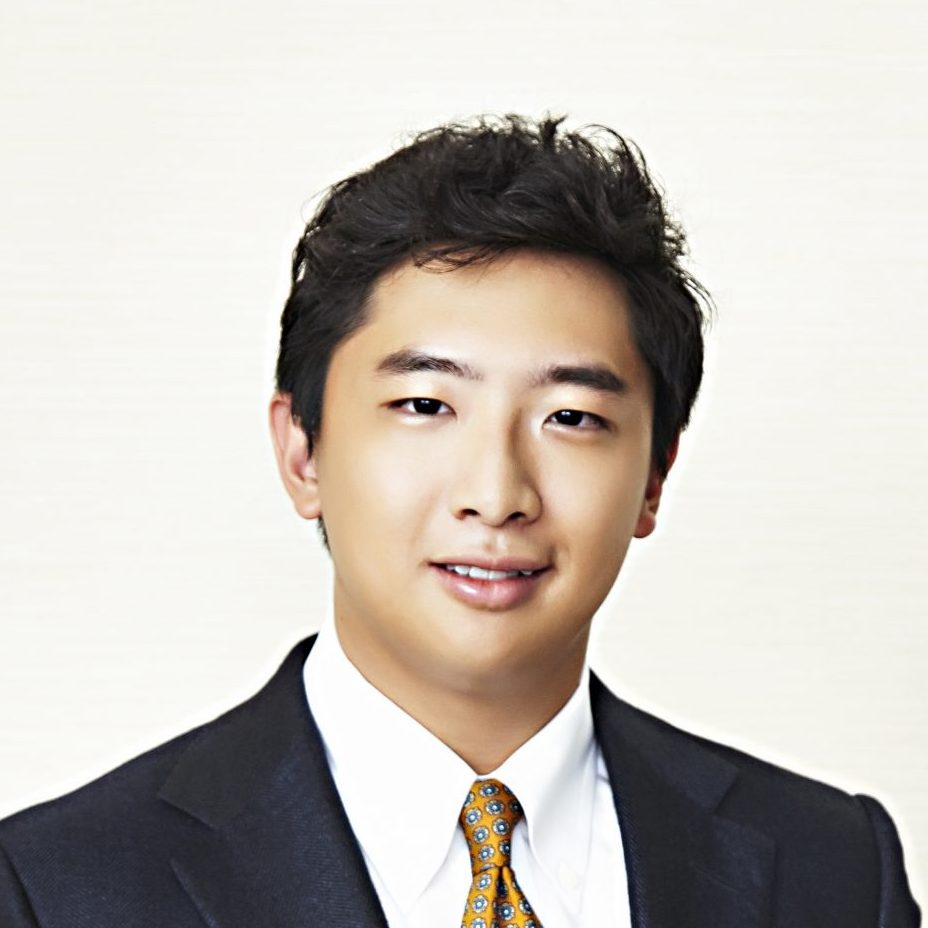 Bombyx working on applications of silk outside its typecast styles

Based in Hong Kong with operations in mainland China, Bombyx is an innovative silk supplier and textile manufacturer producing 20 lakh metres of fine silk annually. Hilmond Hui, vice president of Bombyx, discusses with Fibre2Fashion the steps taken to deal with the pandemic, and its plans to promote sericulture and shift from being “silkworm-oriented” to a diversified industry. 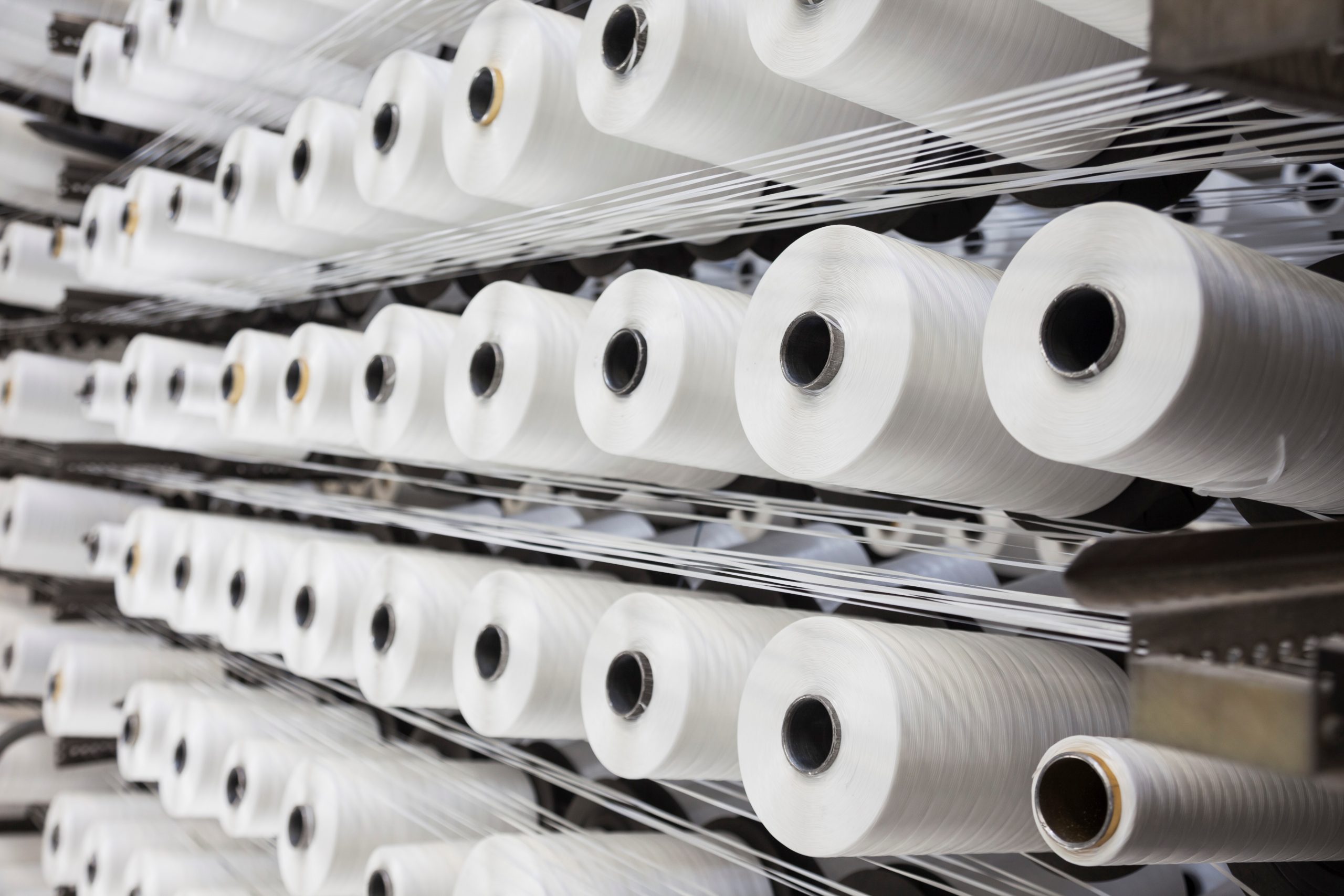 Q How was the textile supply chain at Bombyx disrupted due to the pandemic? What were the hardships faced?

A. For Bombyx, we were not immune to the effect of the pandemic. We were early in finding out about the virus and our first priority was to ensure the health and safety of our partners and colleagues, farmers and production workers alike. We quickly implemented protocols including body temperature monitoring, social distancing, mask wearing, and quarantining for those who have recently travelled or displayed symptoms. Meanwhile, we reached out and consolidated the whereabouts of all employees as well as their travel history, and where necessary, we arranged for tests at local hospitals and maintained pay during the quarantine period. Our output did decrease a little with health and safety being the first priority, but once the pandemic reached our customers, it affected the orders from many brand partners. In light of this, we relied on each other to understand our situation in different parts of the world both regarding the pandemic and also from a business standpoint. With open, honest, and transparent communication, we were able to work with our brand partners and come up with ways to relieve some pressure on all parties. We feel that frequent, transparent communication played a key part in mitigating disruptions and burden on both sides. We were able to resume work quickly and prevent outbreaks. 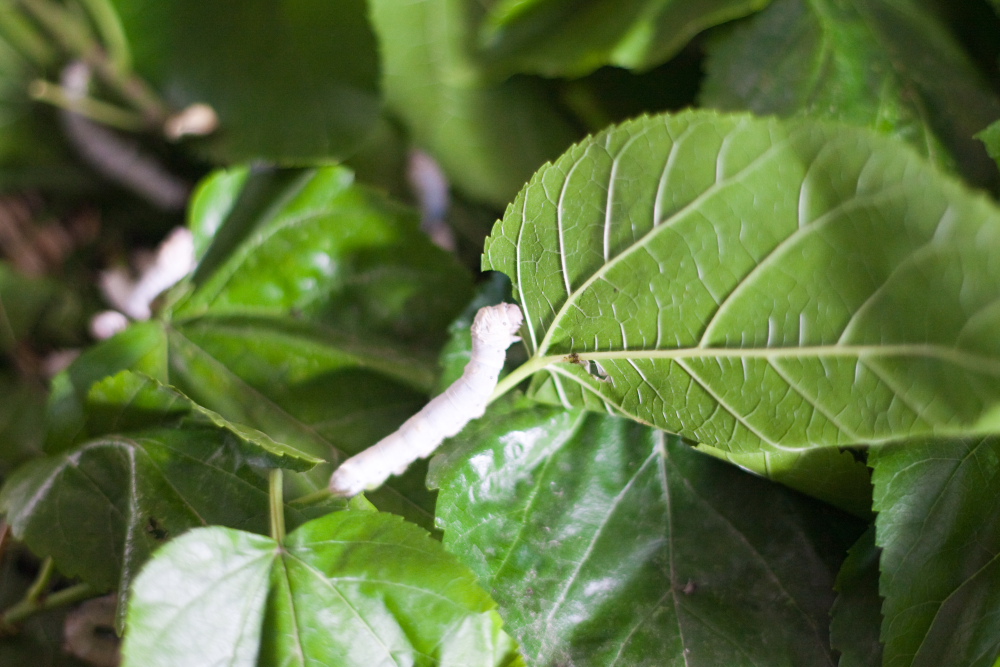 Q What steps did you take and continue even now considering the overall changed scenario the world over?

A. While we continued to monitor the situation, we also took the time to continue and pursue more R&D regarding our regenerative agriculture methods, and silk production. We also continued working toward and progressing on certifications, achieving GOTS, RCS, and GRS at our garment production facility (NCKF under the same group: PFGHL). 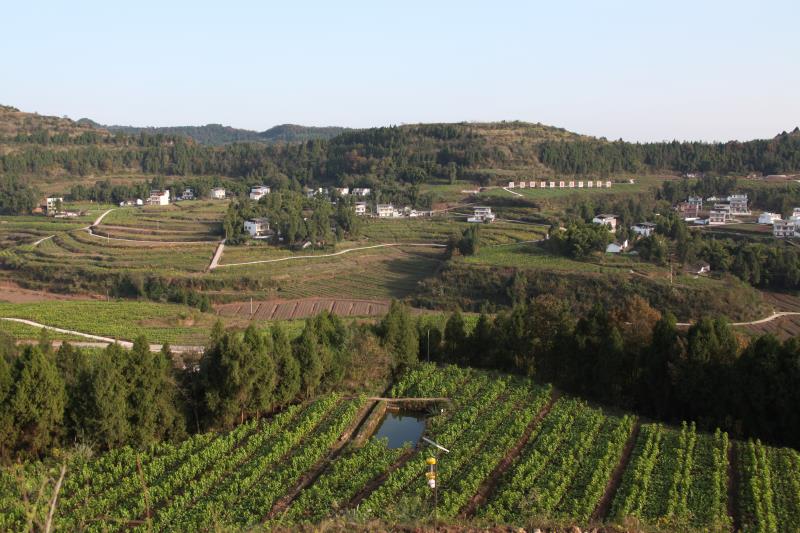 Q What were the revenues of Bombyx pre-Covid and in the last one year? What is projected for the current year?

A. Like every other manufacturer over the past year, production has decreased and is down around 30 per cent from 2019, but we expect to see growth this year.

Q Coming to your silk, what according to you is the difference between organic and inorganic silk? What are the eco-friendly farming practices undertaken by you to produce silk? Is your inorganic silk totally bio-degradable? Kindly elaborate.

A. I would say at this moment, the biggest difference between organic and non-organic lies in the effect that farming, producing, and handling the two has on the land, the environment, and the people it touches. At the face value, the terms organic and non-organic almost literally equate to natural and synthetic which is a comparison that can be seen in the processes and standards that various certifications are based upon. At Bombyx, we believe that innovation can bring about sustainable growth in the industry, which for us, begins at the soil level. We have been replacing chemicals, GMOs, and synthetic inputs with natural organic substitutes by incorporating regenerative and organic agriculture practices that include intercropping, rotational cropping, and introducing animals for bio-organic pest control. These practices not only help satisfy organic standards but reduce reliance on synthetic fertilisers and promote biodiversity which will increase the farm’s output naturally and regenerate the land without the use of chemicals. Regarding biodegradability, silk in itself is entirely made up of natural protein which is biodegradable. However, once it gets processed for various applications, things like dyeing agents, dyestuff, and chemicals used in traditional production processes can hinder biodegradability. At Bombyx, our dyehouse is Bluesign approved meaning it meets their criteria for chemical management. 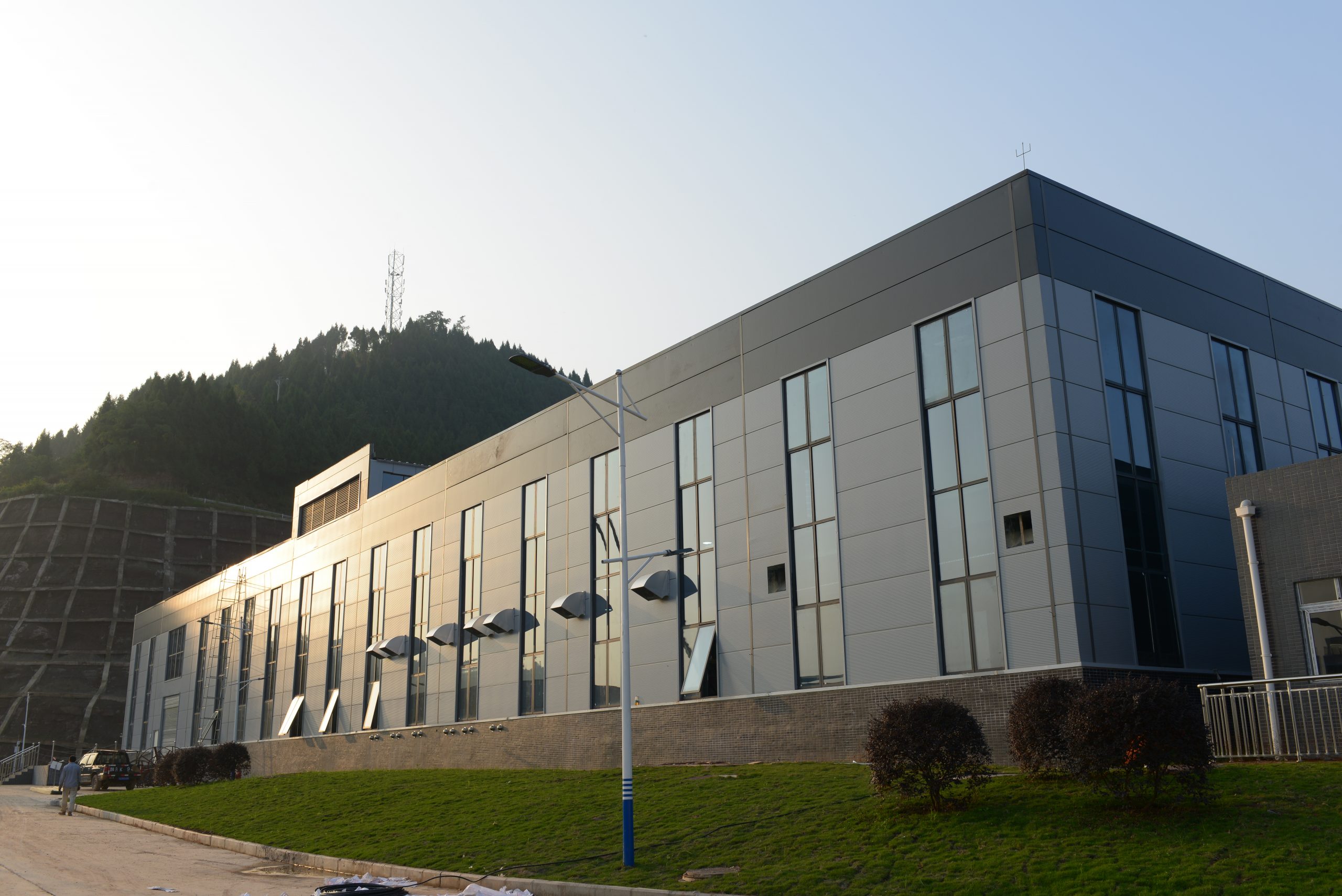 Q What are Bombyx’s strengths as a textile manufacturer?

A. Bombyx’s purpose is to raise the standards for sustainability, transparency, and fairness, in the silk industry. We aim to challenge the status quo and bring forth deeper understanding of silk and our industry by solving problematic norms with innovative solutions. We believe that social and environmental sustainability go hand in hand with the sustainability of a business, and we understand that innovation and profitability do not have to come at the expense of the planet or its people. Through our commitment to innovation and core principles of sustainability, Bombyx aims to shift traditional perceptions on the silk industry with a new approach to how silk is produced, processed, traded, and consumed. Based in Hong Kong with operations in mainland China, Bombyx takes pride in our network of ecologically conscious partners, clients, teams, and communities. Through originality, communication, commitment to innovation, and advocacy, we strive to make silk aspirational, affordable, and sustainable. Our hope is to make silk enlightened.

Q How was the company incorporated? Who are the founders? How many employees do you have?

A. Bombyx was founded in 2018 and is the silk producer arm of parent company PFGHL. The Bombyx and PFGHL workforce stands at 4000. Specifically, at Bombyx 75 per cent of employees work on our farm and 25 per cent work at our garment production facility.

Q How does Nanchong’s Yilong County meet Bombyx’s stringent criteria for silk production? What are the parameters kept in mind?

A. The location of our mulberry farms and production facilities are located in one of the traditional homes of sericulture on the ancient Silk Road and is perfectly terraformed for mulberry cultivation and silkworm rearing. In Nanchong, planting mulberries, sericulture, filature and weaving are traditions that have been passed down by the local people for over 3,000 years. The mild climate and abundant rainfall offer ideal conditions for mulberry planting and silkworm breeding. Silkworms are raised and harvested at an eco-friendly organic sericulture base. Sericulture is used to define the raising of silkworms for the manufacturing of silk. Aside from this, we work with local talent and experienced masters of sericulture to integrate regenerative agriculture principles remembering to holistically consider each decision and action.

Q Where are your factories based at? What is your production capacity of organic silk? 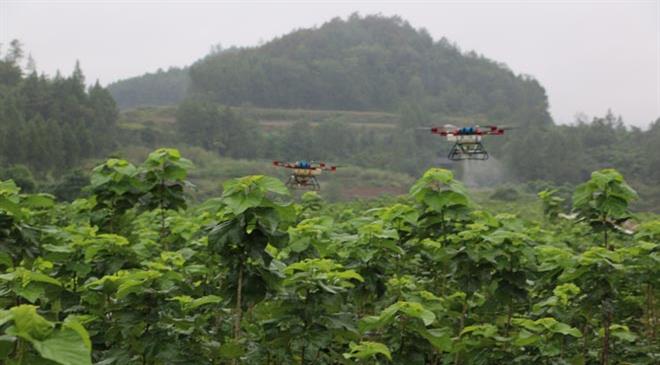 Q What is the production capacity of your woven and knit fabric?.

A. Of the 1.6 million units, 90 per cent of the finished apparel are woven and 10 per cent are knit fabric.

Q Which brands and retailers are advocates of your silk? Which are your export markets?

We are a B2B silk producer and textile manufacturer, and our brand clients include Everlane, Club Monaco, J Crew and Madewell. We do have domestic sales, but this is mostly in raw material form, and we wish to strengthen our existing partnerships and are seeing stability and growth in demand from our domestic market too. Since we work with many western brands, the majority of our export markets are in Europe and the US.

Q What are the innovations you are currently working on?

A. We are always learning and improving on our agriculture processes as we go along. We are looking into various sub species of both the silkworm as well as the mulberry trees, along with various crops and practices for holistic changes and progress. On the other hand, silk, in and of itself, has many properties that have not been fully explored by our industry. We are working on different applications of silk outside its typecast styles.

Q What are the future expansion plans at Bombyx?

We have a 3-5 years sustainability strategy in place to complete verticality in the silk supply chain. With Bluesign and LEED certification, our silk is already ahead of the industry. Today, our silk is grown with regenerative organic agricultural methods and is made without toxic dyes as well as less energy waste. This is only the beginning. In the coming two to three years, Bombyx will be building the rest of the supply chain, all within Sichuan province with as much sustainability ideology as we can. Facilities like filament extraction, yarn spinning, weaving, and dyeing will all include things like LEED, Bluesign, solar power, water recycling (where possible), and will be built to GOTS standards.

In 5 to 10 years, the group hopes to develop a total of 40 million acres of organic sericulture base, tap into sericulture resources in-depth, promote the sericulture industry to shift from a “silkworm-oriented” single industry to a diversified industry, and strive to build a whole industrial chain that includes mulberry planting, sericulture, silk reeling and weaving, dyeing and processing, and foreign trade exports. (PC)